ALL FOR LOVE: A History of Valentines Day

Are you a Valentine’s Day sceptic or a supporter?

Did you know an astounding 150 million cards are exchanged on Valentine’s day every year and it’s not only celebrated in western countries; Japan, and the AEU are just two of the many countries that have fallen in love with this day.  But have you ever wondered how the holiday originated?

I did and that’s the reason for this Style Clinic topic.

Most people say think February 14 is the feast day of Saint Valentine who it is believed died on this day. Saint Valentine was a Catholic martyr, who it is said was a priest who defied Roman law by marrying couples in secret. That’s certainly a romantic endeavour but how true is it?

The first thing that sprang to mind was: why did the Romans outlaw marriage? And was Saint Valentine a real person?

There seem to be three recognized saints named Valentine in the Catholic Church. However, it seems somewhat of a historical mystery or myth whether Saint Valentine existed at all, and officiated marriages in secret.

During Ancient Rome (around the third century), Claudius II, outlawed marriage because he needed more soldiers in battle and husbands were unwilling and unhappy about leaving their homes and families for the perils of war. This is where Saint Valentine allegedly stepped in and performed covert marriage ceremonies for love-struck Roman couples, and when Claudius II found out Valentine was put to death.

Another legend has Saint Valentine a prisoner who helped other prisoners escape. While in prison, he was rumoured to have written to his beloved and signed it ‘your Valentine,’ therefore creating that modern phrase ‘your valentine’. Of course, neither story can really be verified, but both are highly likely since Emperor Claudius II executed two men named Valentine on February 14 sometime in the 3rd century. Either myth of Saint Valentine supports our modern idea of romantic love. So regardless of whether its fact or fiction, Saint Valentine remains to be the symbol for the power of love. Saint Valentine acts show us that love can’t be stopped by the wrath of an emperor or the four walls of a prison, and it can’t get more romantic than that.

Digging even deeper, Valentine’s Day can be traced further back than the Roman with evidence showing that the feast day of Saint Valentine was decidedly placed in the middle of February by the Church to overshadow the pagan ritual of Lupercalia. In fact, Valentine’s Day may very well have been orchestrated to Christianize Lupercalia.

Lupercalia was a fertility festival dedicated to the pagan Roman god Faunus as well as the founders of Rome, Romulus and Remus. This festival was much less touchy-feely than our modern day Valentine’s celebration. It was fewer chocolates and fancy candlelit dinners, and more animal sacrifices and blood. Sounds too gory for me. Roman women celebrated the fertility festival with fervour believing that getting gently slapped by the bloody hides of the animal sacrifices would grant them a prosperous marriage and great match – Eek! Roman women welcomed the touch of the hides because it was believed to make them more fertile in the coming year. Later in the day, according to legend, all the young women in the city would place their names in a big urn. The city’s bachelors would each choose a name and become paired for the year with his chosen woman. These matches often ended in marriage. The ritual and festival were outlawed and then eventually eclipsed by the traditional Valentine’s Day around the 5th century established by Pope Gelasius. I know which one I prefer!

The Middle Ages and Renaissance ushered in the Valentine’s Day tradition that we know and love today. Handmade paper cards and poems paved the way for factories churning out ‘roses are red, violets are blue’ when the printing press and industrialized printing began. From medieval Europe to the new world, Valentine’s Day became a global holiday that we commemorate today. The Victorians are largely responsible for popularizing this holiday and ushering it into the modern era since they embraced the writing and exchanging of cards on the 14th of February during the mid-1800s. This era also made the floral and hearts motif de rigueur for Valentine’s day.

Improvement in technologies and speed of mail are the two factors that have led to the commercialization and widespread commemoration of February 14 as a holiday. The efficiency and modernization of the postal service also led to Valentine’s Day being the second busiest and second most lucrative holiday for postage and commercial cards. The 1800s saw the birth of mass production of valentine’s cards and greetings by Esther Howland, who popularized ornate valentine’s cards in America with lace cut outs and pop up designs, which spread worldwide.

Moving past the traditional tokens and celebration for Valentine’s Day, changing times have necessitated alternative ways to celebrate this day of love. February 14 celebrations around the world have become more inclusive. No longer is the day just for couples, it’s used to celebrate all kinds of love. The love between friends, girlfriends most especially, have been the latest modern reincarnation of Valentine’s Day.

Since the beginning women have been the most enthusiastic about this holiday; so, it’s only natural that the day has evolved to reflect the needs and interests of the modern woman. We celebrate the beauty of female friendships and the empowerment that comes from being single and in control of our own life.

We’ve all come a long way from putting our names in an urn. 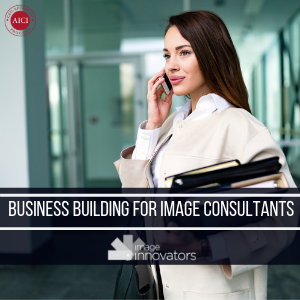