Why Women Have Buttons to the Left 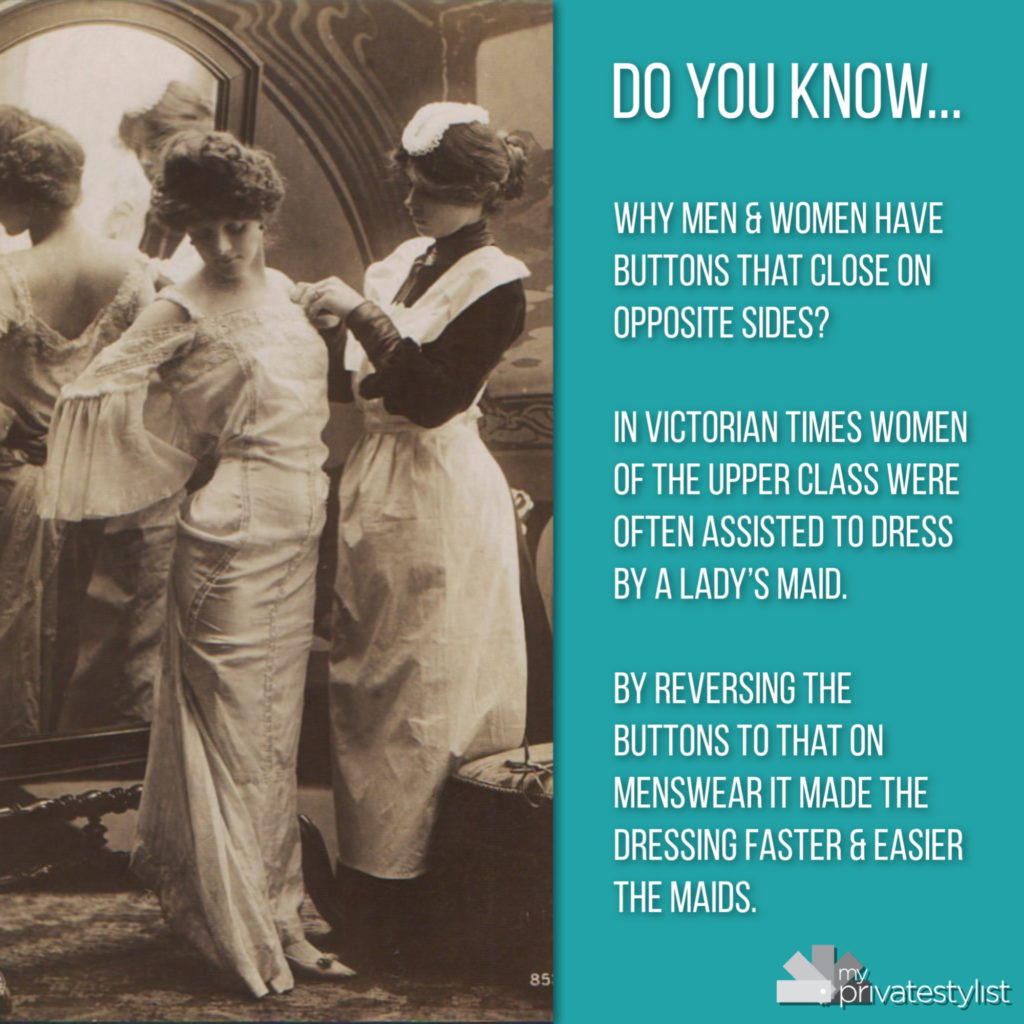 Why Women Have Buttons to the Left

It’s likely you’ve never even realized this but men and women have their buttons on opposites sides of their garments.

Buttons with buttonholes for closing clothes first appeared in Germany during the 13th century. They soon spread to the rest of the world as they allowed for more body fitting clothes to be worn.

One speculation why men’s buttons are on the right-hand side is because in medieval times it helped in preventing an enemy’s lance point to not slip between the armor plating. Typically armor overlapped from left to right and it was standard fighting practice that the left side which was protected by a shield, was always turned toward the enemy.  From that time on men’s jackets button left to right even to the present day.”

When it comes to women’s wear it is widely thought that buttons on women’s wear were moved to the left-hand side to make it easier for lady’s maids to dress their lady. This made left-hand buttoning a symbol of the higher class which was later adopted by women of all classes.

Find an Image Consultant: Search our directory of consultants.

Train with Us: Learn how to Become an Image Consultant