Initially known as The Australian Image Company, Image Innovators has become a market leader for innovative and up-to-date image consultant resources and training.

Today, Image Innovators is one of the largest image resource and training companies in the southern hemisphere and the world. In 2008 International Master Licenses were created and have been taken up for South Africa and then Mexico.

Today almost all products are available in English and Spanish, and we have distribution centres in Australia, the USA, South Africa and Mexico.

After training as a student in 2002 with The Australian Image Company, the former name of Image Innovators, Clare Maxfield, took over the reins on July 1st, 2022.

Clare Maxfield is an established Author, Image Consultant and speaker who, after training, forged ahead with her own business and own dreams. Whilst travelling and training consultants globally, Clare was lured back to Image Innovators to prepare her to take over the business eventually.

Image Innovators Pty Ltd was founded in 1996 by Ron and Ann Reinten from Melbourne, Australia.

Awarded the Jane Segerstrom award by AICI in 2008 for her services internationally to Image and the Image Consulting Industry. Clare has authored 7 image books, developed the first online Image training program in 2009, developed a colour program and created many tools and activities that consultants use daily.

Clare is now actively continuing the work, and Ann and Ron Reinten by Building, Supporting, Educating and Encouraging the members of Image Innovators to help them and their clients get the best possible results. 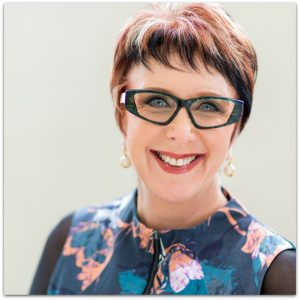 Ann Reinten is a Certified Image Professional (CIP) with The Association of Image Consultants International (AICI) and the founder, owner and visionary of Image Innovators: a company represented in 24 countries.

Recognised internationally as a world leader in image education and product development, Ann has travelled to many countries training and assisting over 2000 image consultants using the products she and her husband, Ron, developed. In May 2010, Ann was awarded AICI’s highest achievement award: an IMMIE for Product Innovation and Excellence.